EAST LANSING—The MSU Opera Theatre presents Wolfgang Amadeus Mozart’s La Clemenza di Tito (The Clemency of Titus) in four performances at Fairchild Theatre in the MSU Auditorium. Performances on the MSU campus will be Wednesday, March 18th, Friday, March 20th and Saturday, March 21st at 7:00 p.m. and at 3:00 p.m. on Sunday, March 22nd. Reserved seating: $22 for adults, $20 for seniors, $7 for students and those under 18 with valid ID, and are available from the College of Music box office—in person at the Music Building, Room 102, 333 W. Circle Drive or over the phone at (517) 353-5340—online at music.msu.edu, or at the door one hour before the show.

The opera, written in the final year of Mozart’s life, dramatizes the story of Roman emperor Titus, who ruled from 79 to 81 CE. The story of Emperor Titus is one of deceit, confusion and forgiveness. A young ruler, Titus finds himself up against jealous nobility, treacherous friends and a plot to have him assassinated. He wrestles with whether he will grant clemency to the friends that betrayed him, or have each one executed for their crimes.

This opera production is directed by Melanie Helton and conducted by Daniel Beckwith. Helton, soprano and Professor of Voice at MSU, has directed the award-winning MSU Opera Theatre for 19 years. This is Beckwith’s 5th appearance with MSU Opera Theatre, having conducted at the Metropolitan Opera, Glyndebourne Festival Opera, San Francisco Opera and many more worldwide. The production is sung in Italian with English surtitles, and will be accompanied by the MSU Symphony Orchestra. 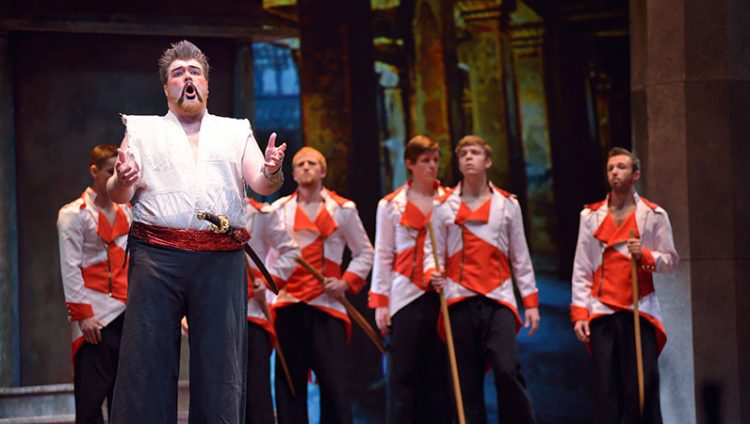