GRAND RAPIDS—The 8th annual Lake Effect Fringe Festival runs from February 11 through March 7 at the Dog Story Theatre. Tickets for all events can be purchased in advance on the Dog Story Theater website, www.dogstorytheater.com and are $15/adults and $10/students & seniors, plus fees. For more information about the festival, visit www.lakeeffectfringe.com.

The Lake Effect Fringe Festival seeks to highlight performer-focused theater in a non-traditional theater space, creating an intimate performance experience for audiences who can expect different seating configurations and differing levels of interaction with the performers at any given performance. All performances take place in the black box performance space of the Dog Story Theater.

February 13 – 15; Thursday – Saturday,  8:00 pm; February 16, Sunday @3:00pm: The Pigeon Creek Shakespeare Co. presents Oliver Goldsmith’s She Stoops to Conquer.  This comedic farce follows the exploits of the Hardcastle family.  Mr. Hardcastle wants his daughter Kate to marry eligible bachelor Charles Marlow.  The problem is that Marlow is hopelessly intimidated by women.  Mr. Hardcastle and Marlow’s father plan for the younger Marlow to visit the Hardcastle home, but because of the tricks of Hardcastle’s stepson Tony Lumpkin, young Marlow and his friend Hastings believe that Hardcastle’s house is an inn.  Kate takes advantage of this deception to pose as a maid in the “inn” so that she can observe her potential mate without him knowing.  This production features actors Chaz Albright, Jose Amoros-Alicea, Kate Bode, Michael Dodge, Nancy Dodge, Kat Hermes, Scott Lange, Ashley Normand, and Alex Weiss. Thursday’s performance is a fundraising event for the LEFF and is pay-what-you-can. Tickets are only available at the door on Thursday, Feb. 13, in $5 increments.

February 20 – 22 Thursday – Saturday, 8:00pm and February 22 & 23, Saturday & Sunday 3:00pm: The Brutal Sea will present its new full-length original play: Mangoyle!  Enter the crime-spattered Urchin District of Sinneapolis, where Mayor Sparromarten has created a living gargoyle to solve the critical mystery of his missing vacation photos. Meanwhile, a coven of punk-rock witches trade their protest signs for direct magical action, and lurking deep in the shadows — are those…gnomes? Thursday’s performance is a fundraising event for the LEFF and is pay-what-you-can. Tickets are only available at the door on Thursday, Feb. 20, in $5 increments. This show contains mature themes and language.

February 27 – 29, Thursday – Saturday at 8:00 pm and February 29 & March 1, Saturday & Sunday at 3:00 pm : Hole in the Wall Theatre Company Grand Rapids’ only Commedia Troupe presents Naples Story . Inspired by a collection of Italian scenarios from the 1500’s, Naples Story shows us how life’s little adventures take hold in a small neighborhood in Naples.  Thursday’s performance is a fundraising event for the LEFF and is pay-what-you-can. Tickets are only available at the door on Thursday, Feb. 27, in $5 increments.

March 3 at 6:00 pm: Grand Rapids’ Maggot Baby will screen their horrific movie “White Girl Wasted” along with the terrible “Lobster Cabin” and a few of their repugnant short films as a fundraising event for the Lake Effect Fringe Festival. “White Girl Wasted” began filming seven years ago, briefly appeared on YouTube, and then disappeared into Maggot Baby’s Box of Embarrassments. Have a laugh at this no-budget horror/comedy’s first public screening ever, featuring new footage and filmmakers in attendance. This event is 18+ only.

March 5 and 6, Thursday & Friday at 8:00pm: Pyrus Calleryana presents TV Program. It’s late. A frightful howl pierces the silence of the night. Sleep escapes you. You have nowhere to turn. Nowhere… except the channels.  Join Pyrus Calleryana on a delightfully disturbing journey into the depths of a late night TV wormhole. Bizarre burlesque from beyond basic cable and more as-seen-on-TV weirdness than your remote control can handle.  Mature Audiences. 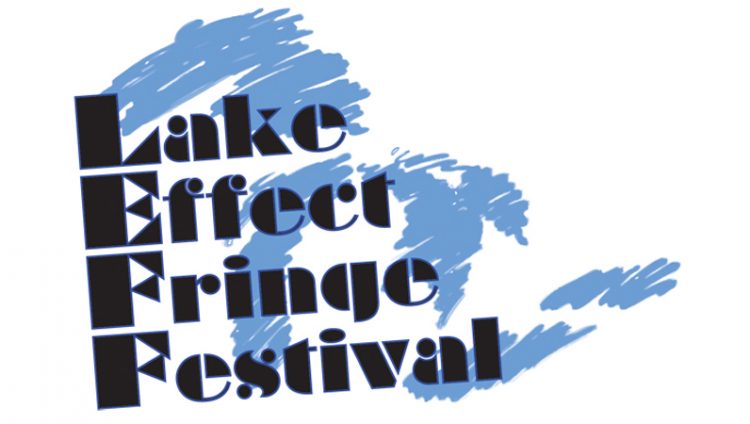