NORTHVILLE—The 39 Steps will run at Tipping Point Theatre January 30 through March 8.Tickets are available by calling 248-347-0003 or online at TippingPointTheatre.com.

Richard, an average English man, meets a mysterious woman that whispers secrets to him on her deathbed. Fleeing the country becomes his only hope for survival and solving the mystery of the 39 Steps. A parody of the 1915 novel by John Buchan and the 1935 film by Alfred Hitchcock of the same name, The 39 Steps mixes the thriller genre with humor in the style of Monty Python.

The cast for The 39 Steps features Andrew Papa, Sayre Fox, Wayne David Parker and Dave Davies. The production is directed by James Kuhl. 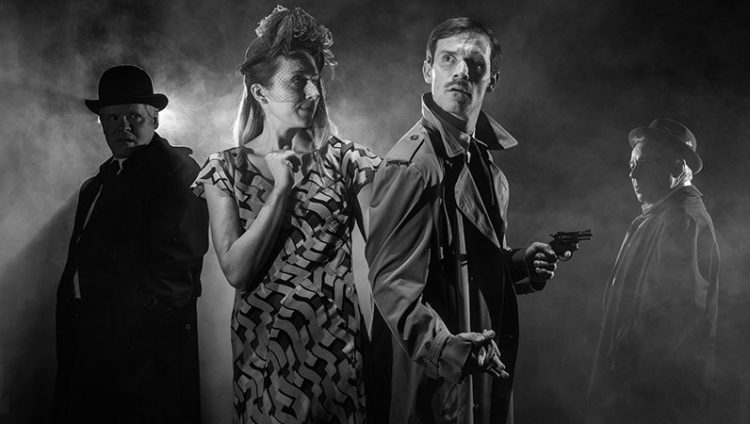