Originally conceived and produced by creator Greg Allen, Too Much Light Makes the Baby Go Blind begat the movement now referred to as Neo-Futurism. UnSemble members write, direct, and perform their own original plays. Each play is delineated by a simple “Go” to begin and “Curtain” to end it, and the audience chooses the order of the plays based on a menu of numbered titles. At each performance, an audience member rolls an additional six-sided die to decide how many plays will be replaced for the following weekend of performances, ensuring that audiences will never see the same show twice. The short plays vary in length, content, and format and can include silent pieces, songs, audience participation, and more. UnTheatre Co. founder Christina Killmar wasn’t just looking to entertain audiences when she decided to bring Too Much Light… to Detroit, though.

“The show allows audiences to explore and get involved with social issues during the performance, whether they realize it or not. Based on audience responses, this is something the city of Detroit and its theatre-goers have been looking for,” UnTheatre Co. founder, Christina Killmar, said. “Looking forward, the UnSemble has already stepped up their game as they begin writing new plays for the January/February run and – as always – audiences should be ready for anything.” 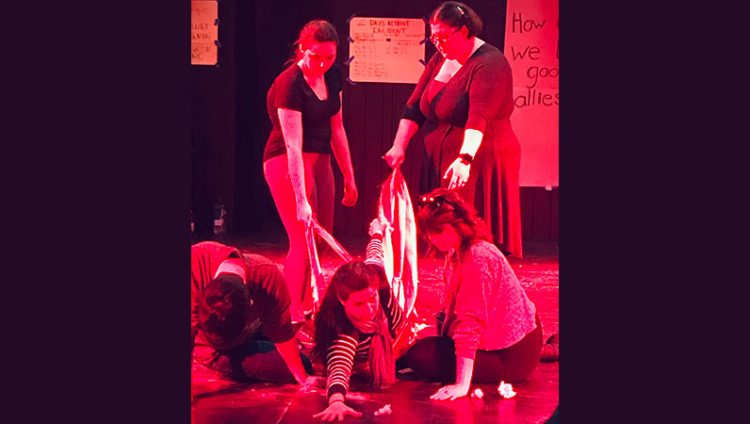