The Penny Seats espouses a mission of being minimalists and penny-pinchers. The company believes theater should be fun and stirring, not stuffy or repetitive.  The principals of Penny Seats believes going to a show should not break the bank.

The company produces dramas and comedies, musicals and original adaptations, classics, works by up-and-coming playwrights, cabaret shows, acting classes and wacky improv evenings. Most of the company’s performances have been held at West Park in Ann Arbor on balmy summer evenings, as well as at Conor O’Neill’s Irish Pub in Ann Arbor. 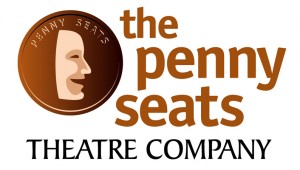 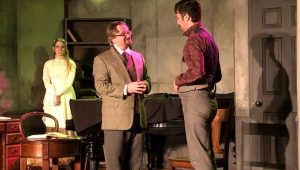 Review July 13, 2019
ANN ARBOR, Mich.–The Man of LaMancha is a bonafide classic Broadway musical. But patrons can see it in the twilight and under the stars by... Continue Reading 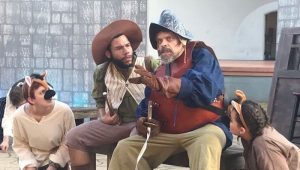 Penny Seats: To Be Or Not To Be…Take Two

Review June 24, 2019
ANN ARBOR – The first lines of Fortinbras are the last lines of Hamlet – and that’s a tall order since every character of significance... Continue Reading