Tickets for 2018 Wilde Awards at The Berman on sale now

WEST BLOOMFIELD, Mich.–Tickets for the 2018 Wilde Awards, the 17th annual award show recognizing the best performances and productions of the previous season, to be held August 27 at The Berman Center for Performing Arts in West Bloomfield, Michigan, are now on sale at The Berman’s website. 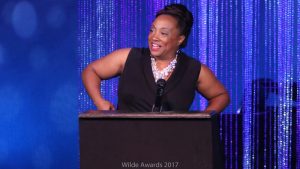 The event will have a cash bar with drink discounts available through purchase of drink tickets at the door.

EncoreMichigan will award two free-drink wristbands in a random drawing of those who buy advanced tickets before August 26.

Individual performers, artists and techs who are nominated for a Wilde Award may buy a second ticket for a guest at the door for $15.00 provided they purchase their ticket on advance online. A list of nominees will be at the box office.

“We had an amazing year of great theatre in Michigan during the 2017-18 season, and I am looking forward to celebrating the season with our community,” said David Kiley, editor-in-chief of EncoreMichigan.com. “It’s always a special night, and we have made some changes this year to the entertainment and to catering to make it an even better experience all the way around.” 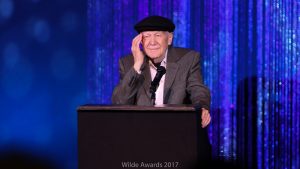 The Wilde Awards Show is the single biggest fund-raiser of the year for EncoreMichgan, which is a non-profit, and the only media source fully covering the professional theater community and industry in Michigan.